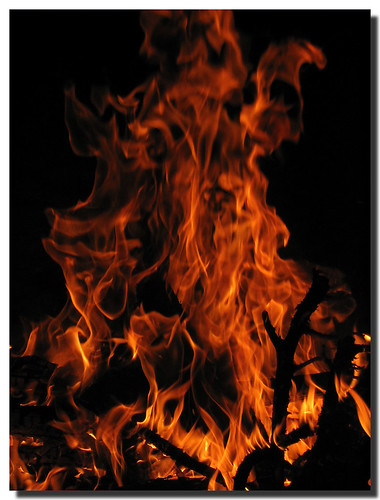 Manannán is a god found in both Irish and Scottish traditions (and, of course, Manx), and is quite a popular deity in modern polytheism where he is seen as an Otherworldly king and gatekeeper, a god of the sea and watery places, a god who tests and can challenge. For many Gaelic Polytheists he is the god most naturally associated with Midsummer celebrations, with feasts and rites being held in his honour. Áine also has a claim to the day, and traditionally has her stronghold at Cnoc Áine in County Limerick, where funerary rites were held in her honour on Midsummer’s Eve.

According to a portion of Acallamh na Seanórach, Áine was married to Manannán after her brother fell in love with Manannán’s wife, and Manannán fell in love with (or was seduced by) Áine, prompting a swap.1 In spite of their close relationship and the fact that they were both honoured in certain parts of the Gaelic world on the same day, there appear to be no suggestions that they were honoured together, as a pair. It’s certainly an apt coincidence that they both happen to be honoured on the same day, however.

For the most part, Manannán or Áine are honoured on this day by Gaelic Polytheists who feel it is appropriate to do so – those of us who might have a relationship with them, or are developing one, perhaps. You don’t have to honour either of them on this day, that’s up to you. You could, if you wish, make some simple offerings to An Trì Naomh in general, and perhaps give a prayer to the Sun as you make your own observances.

The suggestions below aren’t one-size-fits-all; you may not have in interest in collecting herbs, unless you’re a herbalist, for example, or else lighting a bonfire may present problems for you. In this day an age, you have to adapt to your circumstances.

2 “The meadow-sweet, or queen-of-the-meadow, is thought to be Áine’s plant, and to owe to her its fragrant odour.” David Fitzgerald, ‘Popular Tales of Ireland,‘ in Revue Celtique Volume IV, 1880, p186-190.