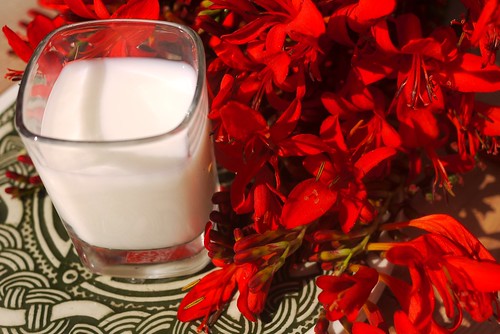 One of the most difficult aspects of Gaelic Polytheism, once you’ve figured out what it actually is, is finding a place to start practising it. Finding out how to practice it.

Looking about on the internet, you might find mention of what Gaelic Polytheist’s do – celebrating the four Quarter Days and observing daily prayers, for example – but there’s not necessarily much in the way of specifics. Hopefully the following pages will help address this from a Gaelic Polytheist point of view. My personal focus is the Scottish side of things in particular, and this section will reflect that, but the prayers outlined here can be easily adapted into an Irish context as well; like many Gaelic Polytheists I draw a lot of inspiration from the Carmina Gadelica to inform my own practices, and the songs found here show a remarkable similarity to Irish examples that can also be found in works such as Douglas Hyde’s The Religious Songs of Connacht. Gaelic Polytheists with an Irish focus may prefer to refer to Irish sources for their own practices, especially if you are looking to adapt the Irish itself, but the Carmina Gadelica can also be useful whether you have a specifically Irish or Scottish focus.

It’s important to remember that the prayers and songs contained within these works can’t be said to be specifically pagan or pre-Christian in origin. Many of them can be seen to contain elements that might be seen to be not entirely Christian, or even thoroughly pagan (for one thing, there are many other songs, charms, prayers and so on that Carmichael collected during his research for the Carmina Gadelica, but never published because he felt they were ‘too pagan’),1 but that is not to say that the songs themselves have been sung or said for thousands of years, from pre-Christian times into the Christian. They might actually be hundreds of years old, but that still doesn’t make them explicitly pre-Christian in origin. It is better to see them as part of a continuum, originating in cultures that for a long time preserved much of their pre-Christian beliefs along side the Christian; no matter when they were created – a hundred years ago, or four hundred years ago, say – many of the songs we find clearly express concepts of belief that reflect pagan ideas (albeit usually mixed in with the Christian).

This is one reason we might adapt the songs and prayers for our own polytheistic purposes, but we must remember that we have to be discerning in which songs we might choose; some of the songs and prayers of the Carmina Gadelica, and the many other sources we might look to, are obviously thoroughly Christian in tone and form, and in this case it is not a simple matter of taking a prayer and replacing Christian names for pagan ones. The Sian charm in Volume II of the Carmina Gadelica, for example, is clearly based on a Pater Noster form of the rosary. As such, while the idea of the saining is appropriate to a Gaelic Polytheist practice, there are other saining prayers that are perhaps more appropriate for adapting, or using as inspiration to form our own.

According to the Carmina Gadelica and The Religious Songs of Connacht, daily life in the Scottish Highlands and in Ireland was surrounded by short rituals and prayers. There are prayers and runes for tasks such as healing, justice, journeys, holy days, the sun and moon, spinning, carding and weaving, saining (protecting/cleansing), churning, baking and other laborious tasks, as well as prayers that could be said on rising and rest.

‘Superstitions’ were also an important part of these daily tasks to ensure protection and blessing upon the household, and as Gaelic Polytheists we might follow suit. We follow deiseil (sunwise) movements as much as possible, we leave food that is accidentally dropped on the floor as an offering, we leave out milk, and so on. The spiritual and the mundane can be considered to be one and the same in many respects, and this can be seen not only in the prayers and songs that have been recorded, but also in the superstitions and folk practices that have survived through to today. God – or the gods in those prayers that still seem to retain some pagan influence – is seen to be in all things; protecting, guarding and guiding those who said them from the ever-present dangers of the Good Folk, the Evil Eye, and other misfortunes.

Since the Highlands and Islands of Scotland, and some parts of Ireland, were often very remote, priests were not always readily available to perform the important rites that marked certain points in a person’s life such as baptism, marriage and funerals. This meant the folk themselves often performed certain traditions as an interim measure until the priest could come, and so we see midwives performing saining rituals to bless and protect mother and babe from the unwanted attention of the daoine sìth until they could attend church and have it done properly, for example. It’s conceivable that these traditions have evolved relatively unbroken from pre-Christian practices – not just because of necessity from the scarcity of priests who could do it properly, but because this is how it was always done, and the scarcity of priests and conservation of traditions allowed them to continue relatively unchanged – though this is obviously impossible to prove. What can be seen is that they certainly retain evidence of an underlying Celtic – Gaelic – cosmology.

The belief in such Otherworldly dangers filters into seasonal and daily practices as well, with prayers and charms to sain the house and fields, or boats,  bless journeys that are to be undertaken, and so on. The daoine sìth are both propitiated – with milk often being offered on a stone in a field to ensure a good supply in the future, for example2 – as well as guarded against with charms and superstitions to ward off unwanted attention from them in the home, particularly on the Quarter days when such dangers are more apparent.

However, before we look at the Quarter Days, it might be best to start with the simpler, everyday stuff.

The hearth, being at the centre of the household, forms the central focus of my daily practices, but many of the daily prayers and rituals outlined below can be performed by anyone, with the hearth as your focal point, or a shrine, altar or sacred place set aside especially if you prefer.

Typically, the day would begin with the reviving of the hearth fire, which would have been smoored the night before. Throughout the day, household chores would be performed such as churning butter, weaving, spinning, baking bread and bannocks, preparing the dinner and making clothes for members of the family. The daughters of the house would help out in these activities, or be assigned their own responsibilities such as milking the cows, while the men of the house would generally carry out the more laborious tasks.3 Everyone had their own tasks to be doing every day to keep the house in order and food on the table. Today, these tasks may not follow such strict gender divisions and nor would most of us have to churn their own butter, weave their own cloth and tend to our livestock, but nevertheless every household has a general idea of what needs to be done each day to keep things ticking over.

The list below contains some examples of the prayers from the Carmina Gadelica that I’ve incorporated into my daily practices, though nowadays I prefer to try and use Gaelic versions as much as I can. I’ve found it helpful to start off with these as a means of finding my feet, and as I’ve become familiar with them I’ve started adapting them as the day, or my whims, dictate. At the bare minimum, I would suggest performing the prayer at rising and the rest blessing, which are appropriate for anyone, since performing any more on a daily basis might be a little over-ambitious to start with. Others can be done as it seems appropriate.

1 Meek: “One has only to look at the amount of material of a ‘pagan’ nature left out of the Carmina, and still lying unedited in Edinburgh University Library, to realise that neither the Gaels nor the editors of Carmina were, in fact, as accommodating and as eclectic as the paradigm wanted them to be.” Alexander Carmichael and ‘Celtic Christianity’, p82, in Stìubhart, The Life and Legacy of Alexander Carmichael, 2008.

3 Noragh Jones’ Power of Raven, Wisdom of Serpent gives a good description of all this, mainly drawing from Carmina Gadelica.