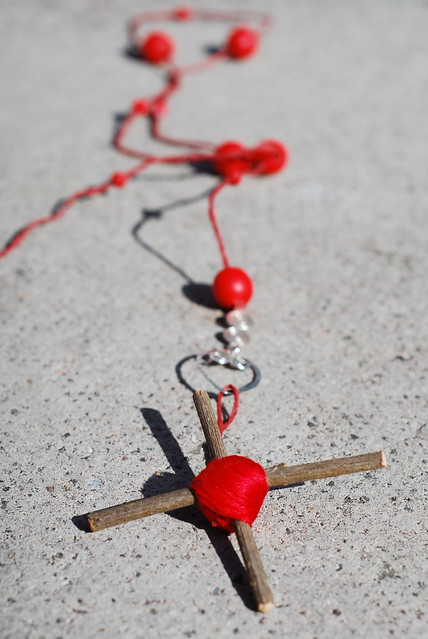 Until relatively recently the Gaelic Scots tended not to refer to the months and days of the year, but instead marked the time according to how many days before or after a certain season or
festival the event they were referring to was.1 These seasons and festivals were an integral part of the social calendar, and were important in marking the cycle of the agricultural and fishing calendar as well, and at at their core these festivals have their roots in pre-Christian Ireland.

The Gaelic year can be broken up into four quarters, with each quarter starting at the beginning of a new season. These are earrach (spring), samhradh (summer), fogharadh (autumn), and geamhradh (winter), and the first day of each season is known as a Quarter Day.2 In Old Irish these are known as:

Today, in the modern Gaelic languages, the festivals are known as:

Although often just referred to as “Samhain” or “Bealtaine” (etc.), the festivals themselves are (technically) more correctly referred to with the Lá/Là prefix to indicate the specific day (since some of the names also signify the month – e.g. mí na Samhna). It’s not wrong to drop the prefix, but sometimes it’s better to use them for clarity.

These Quarter Days have historically been marked by a mixture of local traditions, specific to the festival itself, along with, as Kevin Danaher notes, “a very remarkable series of belief and custom common to all of them.” These customs and beliefs form an overarching pattern in that:

While Danaher is specifically referring to Ireland here, these can equally be seen to apply to Scotland as well – not surprising, considering they share a common heritage. In both countries, however, the local traditions may vary slightly, and some customs might be specific to one country alone (the form of the cros Bríde may vary in different counties – being of three- or four-armed form, and so on, for example, or else there may be customs such as the making of the May bush, which is generally more specific to Ireland).

As Danaher also notes, the evidence from historical and literary sources, as far back as the eighth century, is indicative of their antiquity and pre-Christian origin4 – especially considering the fact that, except for Là Fhèill Brìghde, the festivals have never been celebrated in an overtly Christian context (i.e. they coincided with only minor Christian holy days – no major festivals were tacked onto the days, but the celebration of the festivals survive even today). Even considering this exception, it’s perhaps no coincidence that at Là Fhèill Brìghde, the saint herself is thought to have pre-Christian origins.

There is less concrete evidence to show that these were originally based on Celtic pre-Christian festivals, mainly because of their lack of mention in early medieval Irish myths as important days in the seasonal calendar, and the fact that many of the traditions associated with them seem to be remarkably similar with British customs in general (although for Là na Caillich, any evidence of specific customs associated with the day are thin on the ground indeed), and tend to lack many of the key elements associated with the Quarter Days – they generally marked the change of the seasons as the Quarter Days did, for example but because of their associations with Anglo-Norman practice being forced on the Gaels, this was not universally acknowledged and the Quarter Days were favoured. In addition, some of the customs seem have been copied or transferred from the preceeding or following Quarter Days – thus many of the traditions of Midsummer can be seen at Bealltainn as well, while Là Fhèill Mìcheil bears the hallmarks of certain Lùnastal and Samhainn customs, and the importance of divination at Samhainn is also emphasised atYule/Hogmanay. F Marian McNeill suggests that this was the result of deliberate transference from the Quarter Days to lessen the pagan associations with the practices – in other words, retaining the traditions but repackaging them in a more acceptably Christian context of the saints’ days that the Quarter Days couldn’t offer.

These ‘lesser festivals’ are likely to be of Norse or Anglo-Saxon origin, directly or indirectly. That is, they became established in Ireland, Scotland or Man either through direct contact with the Norse or Anglo-Saxons, or (perhaps more likely) via the influence of later Anglo-Norman occupation, or ecclesiastical influence. While many of the customs are similar to those across the British Isles in general, there are also peculiarly Gaelic customs and lore associated with the days. As such, while the festivals may not be original to a pre-Christian Gaelic context, they are still relevant to a Gaelic context as a whole (in varying degrees, admittedly). Some Gaelic Polytheists therefore include celebrations of these days in their practices – making offerings to the Cailleach at Là na Caillich, or to Manannán or Áine at Midsummer, for example.

Given the close historical ties between Ireland, Scotland, and Man, it’s inevitable that early Irish sources are an important source for our understanding of these origins and many of the traditions that are associated with them. Early Irish myth clearly divides the year in the same way, and this can be seen most explicitly in the tale The Wooing of Emer where the year is split up into:

“…Samain, when the summer goes to its rest…Imbolc, when the ewes are milked at spring’s beginning…Beltine at the summer’s beginning and…Brón Trogain, earth’s sorrowing autumn.”5

Looking at the early Irish myths and other sources like the Dindshenchas (placename lore), Bealltainn and Samhainn are most frequently referred to, whereas Lùnastal and Là Fhèill Brìghde (or Lugnasad and Imbolc/Oimelc) receive far fewer mentions. From the Irish sources in particular there is evidence to suggest that the year was further seen as being divided into the dark half of the year, between November and April, and the warm half of the year between May and October. During the dark half, when there was little agricultural work to be done that required a lot of help, youths would spend their time being educated, while the warmer months were dedicated to the more intensive efforts of herding, milking and harvesting.6

In Scottish lore, the sources for which tend to be later than much of the historical sources available from Ireland, evidence of this sort of divide also exists. The winter months were often referred to as the period of the ‘little sun’, or else they were called na tri miosa marbh (the three dead months), an raithe marbh (the dead quarter) or else raithe marbh na bliadhna (the dead quarter of the year).7 MacKenzie expands further on this and says that the time between Bealltainn to Samhainn was known as the ‘big sun’. The Cailleach, known as ‘the daughter of Grianan’ (the ‘little sun’), ruled over the winter months, keeping the weather harsh and cold. In some versions she transforms herself into a boulder as the time of the ‘big sun’ starts, or else she is transformed from an old hag into a beautiful maiden.8 This is discussed in further detail *here*.

The following articles in this section will look at each of the four Quarter Day festivals, as well as the ‘lesser festivals’, with some notes on how Bride and the Cailleach are recurring themes throughout the year in Scotland, and an article on the issues surrounding ‘the Celtic New Year.’ The Celebrations section gives some practical ideas on how to go about celebrating them for yourself. Given the close cultural connection between Scotland and Ireland, both countries are considered (though with a bias towards Scottish practice and lore, admittedly), but it should be noted that for consistency’s sake (i.e. not having to chop and change between languages, constantly, which would be potentially confusing) I’ve decided to refer to them by their Scottish – Gaelic or Scots – names, with the exception of Yule and Midsummer.