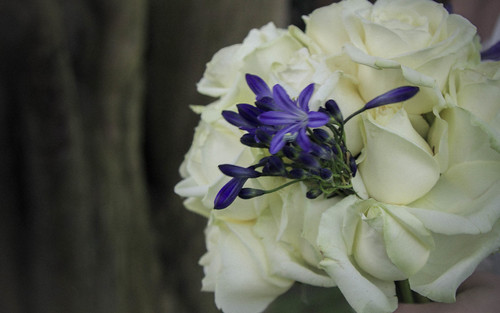 So yeah, I do go on a bit… The basic gist of this six-parter is:

If you’re looking for evidence of a pre-Christian wedding ceremony to follow then you’re going to be disappointed. Plain and simple.

For the pre-Christian Gaels – and well into the Christian period – marriage was always more a legal concern than a religious or spiritual one, and there doesn’t seem to have been any kind of wedding ceremony involved in formalising a marriage – no exchanges of “I take thees” or “I do’s” – until relatively late (and purely thanks to the Church’s involvement. And then the State, in the case of secular marriage).

Having said that, although marriage was primarily a legal concern to the pre-Christian Gaels, that doesn’t mean it was completely devoid of any sense of occasion. Like any important rite of passage there would have been a feast, and as we see in the myths and literature, there was a symbolic, ritualised offering of a cup from wife to the husband to signify the contract of marriage being formalised. The wife offered the cup to her husband to show that she was giving herself to the marriage of her own free will; the husband, in accepting the drink, did the same, and so it showed an acceptance of each other and the terms of the contract itself. The context of the feast promoted good will and blessing from all those present, who acted as witnesses.

If we want to get married “Gaelic Polytheist style” then, we have to consider the legal aspects of what makes a marriage legal wherever we are in the world (assuming you want to get legally married…) and accommodate them. A ceremony of some sorts is probably going to be necessary, and if you wish – and if you are able – you could always incorporate some kind of blessing into the proceedings, followed by the traditional feast etc.

Although the popular view of handfasting as a “Celtic pagan wedding” doesn’t have any factual basis at all, modern ceremonies in Scotland often do incorporate the basic idea in fastening together of the couple being married to symbolise their union. The couple don’t remain fastened together as is done in Wiccan handfastings, for example (and for a pre-determined amount of time), and the material used is usually just a decorative piece of cloth. The couple may also then go on to light a large candle using two smaller candles, again to symbolise their union.

Later folklore gives us a rich vein to mine when it comes to additional rites and observances that can be made, and these are outlined below. While references will generally be made to a bride and bridegroom to maintain the context of the references I’m referring to, this is not intended to suggest any exclusion of same sex couples, or anyone who identifies as gender queer. See The CR FAQ.

In general, as marriage was a legal contract there isn’t much in the way of references to ritual. Consents were given on behalf of both parties, and that to all intents and purposes, it seems that was that as far as the wedding ceremony itself was concerned. The main focus in terms of customs were the details surrounding the making of the contract – little or big things that were done to ensure the luck of the couple.

In preparation for the wedding, in Scotland, we have:

The glanadh-nan-cas – ‘washing of the feet’ This was a sort of game, with ritual undertones, whereby some people tried to wash the bride or bridegroom’s feet, while others tried to dirty them with soot, black treacle/molasses, or even shoe polish.

Offerings made at a local holy well – an apparent variation on the glanadh-nan-cas, where the bride-to-be visited a holy well with some friends and underwent a ritualised washing, with the help of her friends, before leaving offerings of bread and cheese to ensure health and plenty for any future offspring.

The wedding dress – were not generally the white meringues popular these days, but were usually new dresses specially made or bought for the occasion, of any colour. Green and black were avoided for their unlucky associations with fairies and death, while blue and silver were often favoured.

Omens – let’s not forget the taking of omens all along the way… From seeing how well the wedding ale brews, to the weather on the day, the details all mattered.

On the way to the wedding, we have the traditions of:

The procession – This was done in Ireland, Scotland and Man, but with some local variations on the same theme. Music was an important accompaniment everywhere, especially fiddles and pipes. In Scotland, part of the procession involved the ‘winning’ of the bride; in Man, the bridegroom had a shoe thrown after him, and then so did the bride as they left their house to make their way; in Ireland, the couple were followed by two ‘attendants’ who held sieves of meal above their head to ensure good luck and prosperity in their future together.
The ‘honest folk’ – a Shetland tradition, where a (happily, one would presume) married couple led the procession effectively saw to the necessary details such as looking after guests, making sure everything was taken to the wedding that was needed (drink!) etc. Effectively the best man and maid of honour of modern weddings, it could be argued, but their status was specific, and their role in distributing the first toast to the couple after the ceremony was complete was important.

The sunwise turn – The procession ended with a sunwise turn, three times round the church or the place where the couple were to be married, before going in to the ceremony.

And then after the wedding:

The ‘ba-siller’ – On leaving the venue, the couple might throw an amount of pennies, usually silver these days (in Sterling, those would be denominations of 5p, 10p, 20p, or 50p) for the children attending the wedding to scramble for. All good fun, and lucrative for the kids.

Races – in Ireland, there was a race on foot or horseback for the guests to make it to the venue where the wedding feast and celebrations were to be held. The prize was usually a bowl of broth or bottle of good whiskey.

Feasting – Naturally food, drink, music, dancing, and general good fun were all part of a wedding. In Scotland a great show of making a good strong wedding punch, or Het Pint, was a big part of it all. The Het Pint was often passed around in a Bride’s Cog – a large wooden ‘loving-cup’ (quaich) – so that everyone might share a sip to the couple’s health. This is somewhat reminiscent of the wife bestowing a cup of mead or ale on her husband (generally the king, or a champion) at the inauguration/wedding feast, so this could be incorporated into the proceedings if desired.

Toasts and blessings – Any disputes or show of ill will were considered an ill omen indeed, and wishing the couple well was hugely important. A traditional Scots Gaelic blessing is as follows:

May you have a long, happy life,
A sound and healthy body,
A cottage which does not leak,
And a meal-chest which is always full.”1

Strawboys – The strawboys were, and sometimes still are, an integral part of a wedding celebration. Scotland also records the practice. Here is a video on the lore surrounding the practice, and with details of how of the costumes are made:

And here is a short clip of some strawboys in action:

Visiting the well – In Scotland, there is an example of newlyweds visiting a local holy well the morning after the wedding, with the guests in tow, so that everyone could drink a pledge to the couple’s luck.

The bonnach bainnse – (As it is known in Gaelic) While this was generally part of the rites wedding day, since the celebrations usually took place at the newlywed’s matrimonial home, the crumbling of a specially blessed bannock could be incorporated into the proceedings on the couples arrival at their home, whenever that might be. The tradition is attested to in Ireland as well.

There are some things I’ve missed out for one reason or another, namely the custom of the beddan, and the ceremonial installing of the wife as a housewife and (female) head of her own household for the first time. My assumption is that most people nowadays have already been living together for a while before they get married, and so the beddan itself loses the significance of it acknowledging their first time together (except as a married couple… but arguably a lot of the mystery has been lost by this point), and the installing of the wife is therefore unnecessary. And sexist anyway…

It is, of course, a matter of preference.